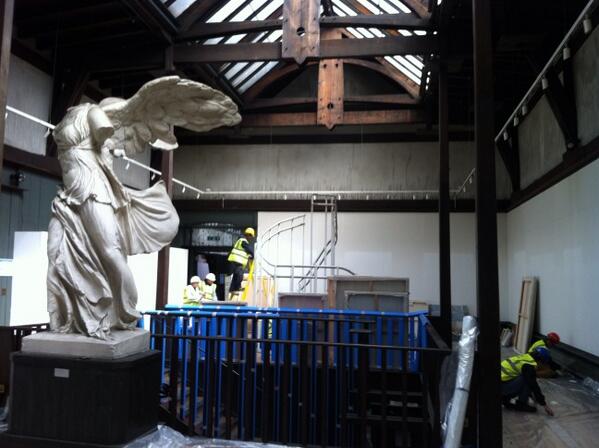 Posted in Soft is hard

I’ve finally seen Enron on stage. Briefly, for those who don’t know, Enron used clever and initially legal accounting techniques to big up their profits and tuck their losses away out of sight and, for a while at least, out of mind.   Not the most obvious material for a play. However my initially-not-very-interested-in-the-subject husband came away enthralled by the story and with a reasonable understanding of  hedging, trading above book and the role and effects of the raptors. So kudos to Lucy Prebble for that. Plus, it’s excellent.

Enron is not a Greek  tragedy of our times, even though the tale includes hubris, ethical dilemmas (not that many of those, actually) and a suicide.  It’s too technical to be a farce, not quite funny enough to be a pantomime (“We did nothing wrong” “Oh yes you did” “Oh no we didn’t”)  so a musical play is just about right.

The staging is arresting: the two main numbers are the trading floor in the first act (which is the poster-piece for the play) and the California power-cuts in the second.  Both of these are great set pieces, but I was mightily irritated by the first which showed traders in the brightly coloured trading jackets of an open outcry trading floor.  You see, Enron’s not just a story about greed, it’s a story about vision.  Like it or lump it Skilling really was a visionary and the people who worked there really were the smartest guys in the room.   So Enron pioneered online trading – “Enron Online”: the clue was in the name.  I accept that having 8 men wildly gesticulating their buy and sell messages is much more theatrical than having 50 of them crouched over computer terminals.  But the inaccuracy  annoyed me so much I couldn’t pay attention to the rest of the first half.  And  it detracts from the tension between bricks and clicks which is one of the more interesting things in the Enron story.  You see, they weren’t just crooks, they were also visionaries.  Skilling really was trying to bring about a technological future the rest of the world just didn’t get at the time.  A future that we live in now. Video on demand, anyone?

The four main parts in the play are Chairman, Ken Lay, CEO Jeffrey Skilling, CFO Andy Fastow and hot business babe “Claudia”, whose career and character echoes that of Rebecca Marks.  (Marks left before the proverb hit the fan, was not involved in the frauds, and would be  in a position to sue if her lawyers felt like it). This drastic pruning is I think fair. However I was unconvinced by the characterisation of Fastow as a jittery nerd.  From my reading of just about every book available, Fastow was neither fawning nor socially inept; like the others he was clever and corrupted by his own ambition.  I was also surprised by the presentation of Skilling and “Claudia” as sexual partners. Their rival visions for the organisation were more than enough reason for them to dislike each other without  any need for urgent and unsatisfactory sex. Which brings us back to the bricks and clicks tension:  “Claudia” in the play and Marks in reality focused on traditional businesses, power plants, water companies, pipelines and the like.  Ok, they were hubristic failures, but they did raise cash in the fire sale.  Skilling’s vision was to change the nature of business by introducing trading into markets which hadn’t been traded before.  They were both wrong of course, which ultimately was why Enron fell.

One thing that fascinated me was that at no point in the play did the Edinburgh audience applaud when I was there on Saturday night; not the set-pieces, not the soliloquies, and very nearly not at the end.  There must have been several people in the theatre that night, or over the run at least, who could have written the equivalent play about RBS and I could have had a good stab at writing one about HBOS myself.  Edinburgh is not unsophisticated financially, even if its financial services companies are banks rather than trading houses or accountancies.

Maybe the sights and sounds of plunging share-prices, lost life savings and venial leaders were just the teensiest bit too close to home.

Other stuff I’ve written about Enron.