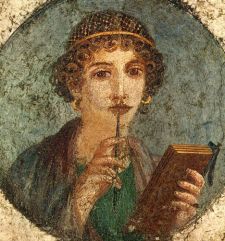 I was challenged the other day for stipulating that there should be no “ad hominem or ad feminam attacks” in the Skeptics in the Pub UK and Ireland Facebook Forum.

The challenge was a linguistic one, on the entirely accurate basis that:

There is no such thing as ‘Ad feminam’, and its use displays a mis-understanding of basic Latin. ‘Ad hominem’, although grammatically masculine, is actually gender-neutral.

Here is my response.

Skepticism has earned a reputation for being an “unsafe space” for women. I am not going to go into the rights and wrongs of how it earned that reputation here.

The best way to stop Skepticism being an unsafe space is by setting the lead and making it a safe space, and one way to do that is by sending out strong signals and backing them up.

There are many ways of sending out those signals. In Edinburgh Skeptics, for example, we make sure that women members of the committee or women volunteers are active and visible at every event. (This is easy right now because there’s currently only one male committee member, but the numbers ebb and flow). [This paragraph has been edited for clarity].

Another way to do it is with language. Language frames our thinking (a few of us have additional tools such as mathematics and other modelling tools, most of us only have language). So language that silently writes out half of humanity should be resisted by Skeptics whether we are feminists or not if only so we can think accurately about the situations we are in.

You fell for the equivalent trap to “mankind” means all of “humankind” – technically it may do, but it was almost always men who said so. (I read a book in the 70s that explained that babies were weaned too young, and “when the child grew up he became fixated with breasts” as a result…). Gender neutral language can be bad for your thought.

We do not live in ancient Rome; “ad hominem” may have been gender neutral there and then, but here and now it writes out women.

I chose to add in “ad feminam” because it explicitly says “we will not let women be attacked for being women”.

Given that women who speak out online are regularly the subject of rape-threats and death-threats, and given that skepticism has earned a reputation for being full of straight, white cis-men who are members of the academy and who will stay up late arguing because there is Someone Wrong on the Internet, I wanted to signal very explicitly that – in this forum at least – attacking a woman for being a woman is not ok, and I wanted to put men and women on equal terms.

So, I stand by my linguistic error: it helps us think more clearly as Skeptics and it makes it possible to have safer, more inclusive and more diverse spaces for Skepticism.

Plus, as I said in my first post, [I had replied earlier more light-heartedly] it amuses me. Not only, but also. (I am SO over the binary).