The Ladybird Book of the Sea Shore

We were going to Cleveleys for another reason entirely, and drove past the grounded ferry. For some reason a fire engine decided to drive along the promenade just as we arrived: 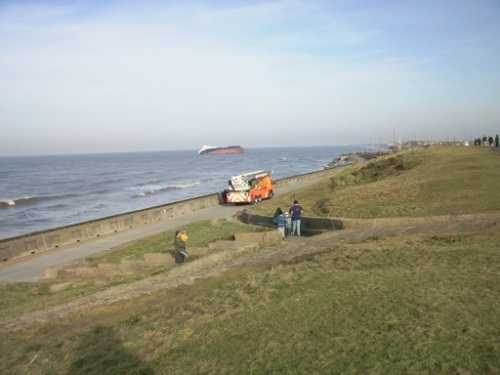 The ferry was the perfect opportunity to try out the optical and digital zoom on the camera:

The photo above is “au naturel” and the photo below has the 3x optical zoom:

This is the first time I’ve had a camera with a zoom lens, and I rather like it.  There’s also a digital zoom which I’ll play with another day.

There were buses and vans there too, for some reason to do with tram repairs: 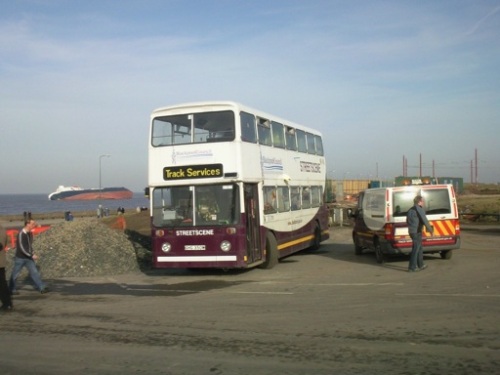 Unfortunately I couldn’t get the true ladybird shot, of the ferry, the fire engine, the bus, the van, a tram, a car and a plane.

There was one image which pleased me as an image rather than a camera test:

As before, these are as they came off the camera, but reduced to 20% of their original size.

This entry was posted in photographs and tagged G800, Samsung G800. Bookmark the permalink.

2 responses to “The Ladybird Book of the Sea Shore”