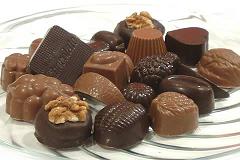 One of the things that annoys me about the industry I work in is how much it undervalues what it persists in calling “soft” skills. Tech skills are the hard skills which command respect. Don’t get me wrong. I love geeks, in fact I find geekiness really sexy. I like it when a guy’s skillset is really hard. But before we tumble too far down the road of pornuendo, I want to wave a flag for soft skills.

(Incidentally, it’s not just my industry: surgeons are godlike if they do good scalpel but their bedside manner is considered irrelevant because you can’t quantify it, despite the rather obvious thought that the placebo effect is a neat way to improve a post-op complication rate and that there is a direct relationship between faith in the practitioner and the power of the placebo).

Now I have pretty good soft skills. Give me a bunch of folks and half a day and I can get just about any form of coherent analysis out of them you’d care to mention – be that a plan, a process, a set of requirements, a list of deliverables, a taxonomy. You name it, all we need are post-it notes, marker pens and caffeine and carbs, and we’ll end the day tired, happy and in agreement. I’m not bad at training sessions, though it’s not really my thang. I can plan a series of activities to take a group of people through the acceptance cycle when we are imposing change on them. I know a reasonable amount about NLP and how to use it appropriately in business situations. I spent more of my life than I care to remember selling, which is the ultimate test of soft-skills in action.

The problem is that soft skills are hard. They are hard for a lot of reasons. They are hard partly because soft processes are only logical in hindsight. You can look back at a soft process – the process used to manage a series of changes to the way that people work, for example – and think it was all pretty obvious. But try to design it… ah that’s another thing.

There are very few “how-to” guides to soft skills. I think I’ve found two on requirements analysis in all of the IT bookshops I have ever been to. There’s a lot of literature about training skills and some about introducing change to people, but a lot of it is either off-puttingly pretentious (“Soft Systems Methodology” – I mean, wtf?) nauseatingly cute (“The one-minute cheese-monger”) or theoretical but not practical (“The Tipping Point”).

The other challenge is that soft skills are implicit skills; they are hidden, obscure, almost invisible. This doesn’t make them easy but it does mean they are undervalued. The people with the best soft skills don’t make it look easy. Oh no. When you are with people with really good soft skills, you don’t notice that anything is happening at all. On the other hand when change is introduced badly, it is obvious for all to see. The best and most recent example I can think of from this blog is the MTAS debacle where change was imposed on the victims with no attempt to get them to actually want the change. MTAS could have been a success; the system it replaced was broke enough to be worth fixing. MTAS needed better technical implementation for sure, but those affected could have been brought at least to a state of neutral acceptance of the concepts behind it, and maybe even trust and support, if had been handled right.

Soft skills are subjective skills, when using soft skills you need be aware of context and to exercise judgement. You need imagination. You have to be willing to walk in someone else’s shoes. They involve taking risks and making yourself vulnerable. When you are exercising soft skills, you have to be willing not to know. This subjectivity makes them difficult to turn into a system or a methodology.

With soft skills there’s no right or wrong answer, there is better and worse, more useful and less useful, but no right and wrong.

This entry was posted in NaBloPoMo 2007, NHS - other, NLP, Soft is hard, work. Bookmark the permalink.

4 responses to “Soft is hard”