For reasons which escape me completely now, I undertook to provide four entries for the WI Show tomorrow.

I’m not usually nervous about, well, about anything very much, though I do get inarticulate around people who are either famous or powerful because fame and power always seems to be in slightly poor taste, and the prospect of global warming makes me fidget. However, this time I am nervous.

I’ve made some vanilla shortbread based partly on the Sainted Delia’s recipe and partly on the fact I had some vanilla sugar in the cupboard. It looks … adequate. It’s shortbread. It smells nice. But this is the WI for goodness’ sake! There are up to 4 marks for External Appearance (colour, shape, uniformity) another four for Internal Condition (depth of crust, texture, distribution of ingredients) and 12 for Flavour and Aroma. You drop a mark for every aspect of flavour which is missing. 8-9 is “average”. 5 is “not acceptable” and the notes warn sternly that “if it is not acceptable, the exhibit will NOT be marked”. So now you know.

I over-reached myself with the mask, and it is – if I say so myself – extremely disappointing. I wanted this sexy-dangerous thing in dark green velvet, but it just looks like the green man’s come out of the closet. It’s an entry, but one cannot say more than that.

I’ve only ever taken one action photo in my life. You’ve seen my photos. I tend towards scenery shot asymmetrically with strong angles and contrasts. My “action” photo is no exception. It looks like a soviet propaganda poster. 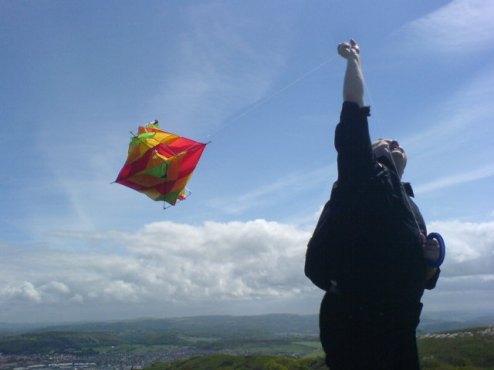 My only real WIfely skill is knitting but there I am a one-trick pony. I knit impossible scarves. They are moebius strips cast on in the middle and worked out to the edge. This is a skill I feel smug about. It’s clever.

Now all I need are a pair of moebius mules to go with them. 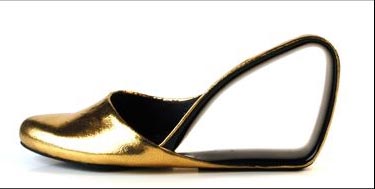 Still, they’ll all be set up by 10.45 tomorrow and I can come home and do nothing but please myself all weekend. And I am looking forward to that.